What Do You Know About The Hubble Space Telescope

Scientists realized a long, long time ago that terrestrial telescopes were always going to be severely limited by a number of things but all of them caused by the atmosphere that surrounds our planet. This skim of complex gases provides any number of different ways to ruin images, plus when you factor in the growing problem of light pollution in almost every corner of the globe then you can see why using space-based telescopes make so much sense. Space telescopes had been the stuff of dreams for well over 60 years by the time Hubble was launched, but the technology to launch and then service the Hubble Space Telescope only became available in the 1980s when the Space Shuttle fleet finally went into service.

Hubble Telescope PictureThe Hubble Telescope is named after the famous astronomer Edwin Hubble, who is widely recognized as one of the most important astronomers and cosmologists of the 20th century. NASA wanted to place a large telescope in low earth orbit, so that we could finally get a clear look at what our own galaxy and the universe beyond looks like. How big was this telescope designed to be? Well with an aperture of 2.4-meters and a total weight of 24,500 lbs this was no back yard telescope you were dealing with. The Hubble needed to have enough light grasp to literally allow astronomers to see into the furthest reaches of space, which also means literally looking backwards in time too.

Funding for the Hubble Space Telescope first took place in the 1970s but unfortunately there were lots of complications and red tape to slow it down. Then when the Space Shuttle Challenger exploded shortly after lift off, killing everyone onboard, Hubble was held up yet again.

Finally, after even more delays, in 1990 the Hubble Space Telescope made it to space, but the dream of incredible receiving images from space was almost shattered when it turns out that the massive mirror inside the telescope had been made incorrectly.

So before Hubble could ever provide one single image it was going to have to be extensively repaired – leaving astronomical and logistical egg on a lot of embarrassed faces at NASA. The general public has been waiting a long time to see the Hubble Space Telescope in action and to hear that the most important component of the telescope had been made incorrectly was crushing to say the least.

Hubble Space Telescope ImageLuckily enough the Space Shuttle was built for being able to perform exactly this type of repair mission on satellites and the STS-61 mission was launched on 1993 to get the Hubble Space Telescope back on track. This was achieved by first fixing the problem with the optics on the Hubble and the STS-61 crew also had a chance to perform some much needed upgrades to the telescope at the same time.

This wasn’t an easy repair mission by any stretch of the imagination and it took 11-days to complete the mission via a number of EVAs (space walks) – 5 in total. In fact the first Hubble Space Telescope repair mission broke the record for the number of EVAs performed during any one mission. So finally in 1993 the Hubble Space Telescope was finally able to focus and function properly – almost 20 years after it received initial funding.

Since then Hubble has been sending back the types of images that ground-based astronomers could only dream of – obviously the advanced optics and being able to see in a variety of light spectrums is an advantage, but the main advantage is still that the telescope itself is outside of the Earth’s atmosphere. From any astronomers point of view the Hubble Space Telescope was worth every cent of the money invested in it.

The Hubble was never designed to be a long-term solution to the need for a space telescope and it’s expected to begin winding down its service as of this year, 2013. The first reason for this is that the newer, larger and more powerful James Webb Space Telescope is due to replace it but there’s also the reality that Hubble needs repair and maintenance and the mothballing of the Space Shuttle fleet means there is simply no effective way to do that.

Of course the cancellation of the Constellation program didn’t help and right now America is relying on Soyuz launches to ferry their crew into orbit – far more cheaply and reliably than the Space Shuttle ever could.

The James Webb Telescope is designed to go online around 2018 so until NASA (or potentially SpaceX) has a replacement for the Space Shuttle the Hubble is going to have to stay put for the foreseeable future. 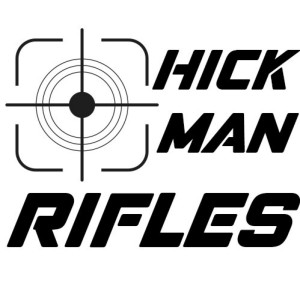 What’s up, I’m Hickman. I am a fan of travel, sports, and fishing. I’m also interested in bird watching and hunting
PrevPreviousSky and Telescope (updated)
NextWhat Is Astronomy?Next

As an Amazon Associate I earn from qualifying purchases